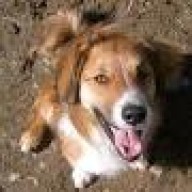 I have lots of interests including windsurfing, camper vanning, web design, playing and watching football (knees a bit creaky now) and wasting too much time on the internet.

I remember back in 1997 I was given responsibility for training school staff at St.George Catholic Boys School about what the Internet was and how it was going to change everything.  It was my first presentation in many over the next 20 years regarding the rapidly unfolding and exciting areas of educational technology.  I’ve moved from being a tech teaching geek to an ICT Strategy Leader in these 20 years.  This has all now led to a fantastic opportunity for me at the Google Innovator forum in London from 19-21 April in 2017!  To say I’m excited would be an understatement.  It’ll be an opportunity to meet similar like minded, educational tech enthusiastic and people with some great ideas for changing the way we learn and teach.

In order to apply I had to complete an educator exam (3 hours and remarkably tough), a presentation and a 1 minute video in which i expound my educational change idea.

Where will this lead me?  Watch this space!

The Best News You Don’t Know – The New York Times

The world is winning the war on extreme poverty.

Fifty years on from Mobutu Sese Seko’s ascent to the presidency of Congo, David Smith explores what’s left of his personal Xanadu, Gbadolite

Source: Where Concorde once flew: the story of President Mobutu’s ‘African Versailles’ | Cities | The Guardian

Maternal deaths worldwide drop by half, yet shocking disparities remain | Science | The Guardian

Study in Lancet shows a woman’s lifetime chance of dying from childbirth is one in 36 in sub-Saharan Africa, compared to one in 4,900 in richer countries

From elephants and albatrosses to coral reefs, extinction is the bycatch of consumerism: we assert the right to consume, and ignore the consequences

Source: We’d never kill an albatross or gorilla: but we let others do it on our behalf | George Monbiot | Opinion | The Guardian

I was appalled at the pictures taken of dead albatrosses in the Pacific and the amount of plastic they had within their stomach’s.  The pictures were taken by Chris Jordan on the Midway atoll.  It links with the Pacific

it is an indictment of the wasteful nature of modern society.  Surely it is not beneath the wit of man to invent a decomposable product which dissolves on contact with sea water or has a very limited shelf life.

I was led to the article by George Monbiot’s typically depressing news article about the death of large numbers of species.

‘Flying to Bratislava or Bermuda for a stag weekend, shopping trips to New York, driving our gas guzzlers 300 metres to school, buying jetskis, leaf blowers and patio heaters, furnishing our homes with rare wood, eating tuna, prawns and salmon without a thought as to how they were produced: these ephemeral satisfactions, to judge by the reactions when you question them, occupy a sacred and inviolable space. The wonders of the living world, by contrast, are dispensable.”

The real size of countries

How small is Iceland!

This is an excellent post showing the difference between a variety of map projections.  We have a fairly distorted idea of the size of things when we compare places.  The UK is actually very small.  Africa is also significantly bigger when we compare it to Europe and the USA.

Look how big Africa is!

Time for an update

Start with a Big Breakfast

I’m starting a new job in September so I need to revisit prettejohn.net and update it as it has definitely got rusty.

I’ll be adding sections on teaching WJEC as well as ECDL.

Why the picture of the Breakfast?  Because it’s the best way to start a day!