I remember back in 1997 I was given responsibility for training school staff at St.George Catholic Boys School about what the Internet was and how it was going to change everything.  It was my first presentation in many over the next 20 years regarding the rapidly unfolding and exciting areas of educational technology.  I’ve moved from being a tech teaching geek to an ICT Strategy Leader in these 20 years.  This has all now led to a fantastic opportunity for me at the Google Innovator forum in London from 19-21 April in 2017!  To say I’m excited would be an understatement.  It’ll be an opportunity to meet similar like minded, educational tech enthusiastic and people with some great ideas for changing the way we learn and teach.

In order to apply I had to complete an educator exam (3 hours and remarkably tough), a presentation and a 1 minute video in which i expound my educational change idea.

Where will this lead me?  Watch this space!

With Sugata Mitra, TED winner, at the ESSARP Conference 2013. Wonderful speaker on the global emancipation of computing technology into the hands of everyone.

Loved the idea of Grannies in the cloud and am already mentally signing up my parents.

He has found a new acolyte!

This is a really interesting article about how Twitter can be used to make maps here. If a tweet is geotagged it can be used as a sort of choropleth map.  Love the city maps especially and it would be great to print them out for our walls in our apartment.

I’ve actually slowed up on Twitter use due to the amount of irrelevance I was beginning to see. Prefer Google+ now.

As I’m off to the first UK Chromebooks in  Education Summit at Google HQ in London I thought I’d update my experience of Chromebooks in the classroom following up my previous post on them here.

Ian Nairn from C-Learning kindly lent us half a set of Chromebooks for a week.  The response form the students was mostly very positive and from a administration point of view it was also a reatively seamless experinece.  The hardware turned out to be very robust and at no stage did they need to be sent to the IT technical team.  The only time we had what appeared to be a dead screen which was quickly recitivifed by a hard reset involving a small hole and a paper clip on the base of the Chromebook.

The students really liked the instant on nature of the Chromebooks as well as how light it was which made it pefrect for carrying around from classroom to classroom  I would however still advise a padded case for this as school bags are notoriously badly treated around the playground!

UPDATE:  I’ve carried out further trials and blogged about them here

I think I’ve discovered the perfect laptop computer for use in schools.  It’s a Chromebook.  I’ve been trialling one for about 6 months now in a Cornish classroom in the UK.   I’ve found that it ticks many of the boxes when it comes to the use of computers in an educational setting.

So come on Google, you could be sitting on a potentially superb product perfectly placed for an educational environment.  Get it to a competitive price particualry to the UK market before their gazzumped by schools going down the iPad route with all its limitations.
I’d be interested to hear of any other experiences of Chromebooks in the UK so please comment below!
chromebooks education school Technology

Amazing facts about the internet

So this image below tells us about the internet after 10 years.  Where will it be in 10 years time?  The explosion of smart phones must have something to do with it especially the use of Twitter. I own a HTC Desire and its revolutionised how I access the net but has turned me a little into a phone stroker much to the annoyance of my long suffering wife..

Would you buy a magazine with a video screen inside it?  They’re already doing it in the States as this article shows.

Will there be no break from screens ever?  I go to work and use my laptop, I come home and use my desktop, I watch TV on my FlatScreen, I watch Vodcasts on my Zune,  play games on my DS, look at the LCD on my watch…

We all need a screen break.  Go out and watch some cows in a field! 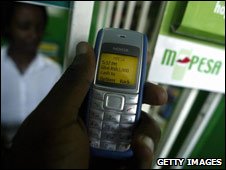 A really interesting article on the BBC news website which looks at the growing role of Mobile phones in many parts of Africa.  Kenyans are able to buy small items simply by sending text messages to the sellers.  In the video the journalist deposits 500 schillings and then buys samosas at the local shop using the technology.  You have to enter a Pin which provides some form of security.  Interestingly there are more people who own a phone than a bank account which makes the M-Pesa solution ideal for many Kenyans.

Why is it taking so long here?  It has been attempted and I suppose the Oyster travel card scheme is the most similar but how often is it used for a cashless transaction? The Daily Mail reckons it could be by 2012 we’ll be using phones as credit cards and we’ll have the true potential for a cashless society.  It seems as though the Kenyans are already there!

It snowed heavily on Tuesday which is always great for Geographers.  We were concerned, however that baby PJ may make a sudden appearance but I got all excited about giving it a wintry geographical name such as Blizzard or Storm.  Snow White was also discussed but quickly dismissed.

Anyway it gave me the perfect opportunity to have a go on the new Google Earth.  You can now venture beneath the sea, fly to Mars and create tours so much more easily than the previous version.  You can even track large fish and whales and see the video footage.  Shipwrecks are also shown.  There is historical mapping which is brillinat for settlement studies.

Here‘s a ‘view’ of earth from the International Space Station.  How cool is that!  Thank you Mr.Caine

The virtual tour is fun too!